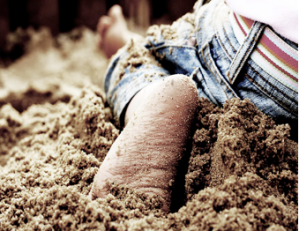 When I teach Qabala I begin with the 10th Sphere of the Tree-Malkuth, rather than beginning at the 1st-Kether. My rationale is that Malkuth is the only sphere that we, as corporeal beings can identify with as being the pure essence of manifestation and holds much of the energy of the planet that we inhabit. So let’s explore our world…

Dig your fingers deep into the earth
Granules of life and decay
Tiny bits of energy darting here
And there and the smell
Of emerald green moss embedded
Under freshly painted pink nails.

Life force moves down
Submerged appendage and roots beginning
To weave intricate pathways
Towards the heart of the Mother.

The sphere of Malkuth is both in the place of downpour from the realms of higher and more refined energy as well as the place of beginning towards ascension from the grosser, denser form of matter towards a more refined, evolved state of being. This is the sphere of the Elements (earth, air, fire and water) from which all things are formed and is, quite literally, the place of physical manifestation of the creative life force that has emanated down from the spheres above.

This is the World of Matter, which is our home during this physical incarnation. Because it is familiar, concrete and ever present there is often the tendency towards not fully recognizing and understanding its subtle qualities and energies. It is similar to the comfortable relationship in which you don’t always notice the person in as much detail or with as much appreciation as initially because you now assume you know everything there is to know.

Life force moves in spirals and waves
Translucent body glowing in ocean’s depths
Settling deep into the sand of floor and
Coiling into renewed matter.

Stone and crystal, cavern and dusted white peak
Architecture of the Gods built from the
Feminine body of the sacred Divine.

Tree home and brush of wing in flight
All scanning the maze of earth below
As sun rises and spills over all of
Living breath and silent decay of return.

Malkuth embodies the elements at both their alchemical and scientific levels. Earth-Air-Fire and Water are all components in the pure essence of a sphere whose soul directive is one of receipt of the “stuff” that will ensure manifest form.

All life held within the planetary energy of Earth and the correspondence of Malkuthian energy is subject to the law of potentiality that guides Malkuth’s purpose.

This is the Kingdom, but what of its ruler
Who holds the place of sovereignty and has
Command over planet’s fate?

Flesh and bone and beating of heart
Flowing strength of blood’s circuit
Mind of lightning flash and diversity
Embodied in a vessel of form.

We are the Royals of Malkuth. We are the stewards of its planetary energy, Earth, our home and we are its most prized creation of matter and manifest form.

Malkuth is the experience of being fully present in physical form, of connecting with all that makes us truly human and using that as the foundation upon which we rise on the planes to reach our higher consciousness by coming to “know thyself”; and then transferring that knowing into experiencing everything else that comprises this physical world.

And the Great Mother in her wisdom
Holds the Kingdom close to her breast.

Heart beat to heart beat the exchange is made
Life is given form and the world of the manifest
Holds the key to the Path of Return.

The sphere just above Malkuth, is Yesod. Yesod carries the energy of filter,dreams and the astral.  And,  the Great Mother Moon is its ruler. The Moon shines down and the tides of Earth move in anticipation of her gaze. This movement is not so different from that of labor and the necessary tides of contraction to bring life into the sphere of Malkuth.

Now that you’ve read through this information, go back and reread…

One thought on “Malkuth-Our Kingdom on Earth”